Are Engine Maintenance Programs Worth The Money?

Like any kind of “extended coverage” arrangement, engine maintenance programs (EMPs) are polarizing subjects. Some say they’re unquestionably worth the value they deliver, while others are just as sure that they’re worthless.

What do early color TVs have to do with first-gen turbine aircraft engines? Well, more than you might think. In the early days of “The Wonderful World of Color,” you’d be lucky if the old RCA would last through the show. Their cathode-ray and vacuum tubes weren’t very reliable, so manufacturers started offering extended coverage plans to help sell their TVs.

That’s pretty much the same story with the engines on first-gen business jets. Like the old TVs, many of those early engines had well-earned reputations for being unreliable. It was a coin-toss whether or not you’d get to fly that day.

“It was the unreliability of those early engines that gave birth to the modern-day Power-By-The-Hour programs. In the late 70s and early 80s, corporate jet use was rare, and the Garrett turbine-powered classic jets suffered from high failure ratings, so MSP (Maintenance Service Plan) was introduced,” said Jason Zilberbrand, president, VREF Aircraft Value Reference, Appraisal and Litigation Services. “These programs were put in place to give customers a level of protection against unforeseen maintenance events. That bit of extra coverage made it possible to sell airplanes.”

Of course, as Zilberbrand explained, those days are long, long gone. Today’s turboprop and turbine engines are as “bulletproof” as modern technology can make them. In-flight shutdowns are extremely rare. But, with that being said, engines will be engines, and stuff does happen.

“The engines are the most expensive liability on the airplane today. Major maintenance issues can easily run into the hundreds of thousands of dollars,” explained Sean Lynch, program coordinator for Engine Assurance Program (EAP). “The hot section for a Pratt & Whitney PW305 or a CZI on a Honeywell engine can run 700,000 to 800,000 per side. But those are scheduled events you can budget for. The thing about unscheduled events is you never see them coming.”

The ABCs of EMPs

While the legendary “Garrett Grenades” are long-gone, today’s owner/operators can still find a lot of added confidence and comfort in having their engines enrolled in some kind of engine program.

“One thing to remember is that EMPs are not insurance programs. That’s something owners need to understand upfront,” Zilberbrand said. “It’s a proactive program. Owners are obligated to stay current with the requirements of their program. They need to comply with all the engine manufacturer’s required inspections and operate the engines properly.”

“For most owners, the fundamental attraction of an engine maintenance plan remains peace-of-mind,” stated Alex Youngs, StandardAero’s director of sales and marketing, business intelligence, airframes and fleets. “They won’t have to worry about unscheduled maintenance events or the major, one-time capital expense of a scheduled hot-section inspection or overhaul.”

There’s also a secondary benefit that, in the majority of situations, is even more valuable than covering engine maintenance: Enrollment in an engine maintenance plan (EMP) will add value to your aircraft at resale time.

“Most resellers and brokers agree that enrollment in an EMP does benefit the aircraft’s value, though the actual percentage will clearly depend on a number of factors including how long the engines have been enrolled on the plan,” he says. “According to a former Rolls-Royce sales executive, the lack of EMP coverage can impact a mid-time, mid-size business jet’s value by up to 70 percent.”

“Turboprops are much more flexible when it comes to EMP enrollment. Overhauls are expensive, but nothing like jets,” Lynch stated. “With jets, short cycled engines are deal killers. Especially on older, lower value airframes. A good engine program basically gives the owner something to sell when the time comes.”

As Zilberbrand pointed out, enrollment in an established engine maintenance program doesn’t just protect the owner’s current and near-term investment; it also benefits any buyer who is going to finance the aircraft’s purchase.

“A fringe benefit to an EMP is that banks love them. Financial institutions gain a higher level of comfort knowing that their collateral is protected in the event that the borrower defaults,” he says. “Should the bank need to repossess the airplane, they know it’s value will be protected because the scheduled maintenance has been accrued for.”

Another side benefit to EMPs is buying into a group of experts who know everything about your engine and its components. They have a vested interest in keeping said engine(s) running smoothly.

“Anytime the engine goes in for maintenance, your EMP provider will be watching over everything,” Zilberbrand added. “They have an active incentive to help keep your bills down and the engine healthy. This is a huge value that most owners don’t think about.”

While EMPs for turboprop and turbine engines have been around for decades, they’re new to the piston engine market. In fact, there’s only one available.

PistonPower is the first and only comprehensive “power-by-the-hour” protection program for piston aircraft engines. Enrollment eliminates the worry of costly overhauls and the ongoing costs of all of your engine’s inspections and maintenance.

“Our program was created by aviation professionals that introduced similar programs for turbine engines,” stated PistonPower’s VP Business Development, Remi Szymanski. “PistonPower brings stability to your maintenance budget and peace of mind to your business and personal flying.”

Along with covering all scheduled engine services, including inspections, oil changes and S.O.A.P. tests, PistonPower covers 100-percent parts and labor for all unscheduled maintenance for covered engine components and accessories. There are no out-of-pocket expenses.

“And, like with turboprop and jet aircraft programs, by minimizing the risk and cost of unplanned repairs, the program can significantly increase your aircraft’s resale value,” he added. “The best part is you can enroll any engine at any time during its life, and the program can be transferred to the next owner, furthering their coverage.”

Szymanski explained that the cost to enroll in the program depends on the engine. There’s a zero-dollar fee for new engines on new aircraft that are still under factory warranty. For aircraft that are out of warranty, there is a one-time enrollment fee of $2,500 per engine and required condition inspection.

“Once they’re enrolled, the hourly rate for someone flying 100 hours a year on the program including full engine and propeller coverage is around $150 an hour,” he said. “It’s money the owner should be putting away for maintenance anyway; this is just a more structured way to do it.”

Today, between what the engine OEMs offer and what you can find from third-party providers like JSSI, StandardAero, and Engine Assurance Programs (EAP), nearly 40 different EMP programs are available. You can buy coverage for every possible situation from FOD, to ADs, on every LRU in or on the engine. Or you can just buy “end-of-life” coverages for major issues.

“It can be quite confusing. Every owner/operator’s situation and needs are different, so I’d strongly suggest that you get with an experienced appraiser,” Zilberbrand said. “You need to know not only what the program will cover now, but what it will actually be worth to the next owner at resale time.”

The experts all agreed that while there are a lot of options if an owner/operator wants maximum benefits now and at resale time, their best choice is an EMP that provides 100-percent coverage of the engine and its components.

“Everything else being equal, enrollment in a 100-percent coverage program will get you the full retail value of the aircraft when it comes time to sell,” Lynch stated. “Unless you happened to be selling the airplane with freshly overhauled engines and components – and that rarely happens – any other program will require some type of deduction from the current market price.”

Is an EMP Right for You?

If you use your aircraft a lot and want to fix your engine maintenance budget and maximize the resale value, the answer is probably yes. But there are caveats. One of the more important bits of EMP “fine print” is a minimum annual utilization requirement.

“For most turboprop and turbine aircraft, there’s an hour-per-year minimum, depending on engine type and scheduled events (some turbine engines are calendar inspections, not hourly),” Zilberbrand explained. “That’s very important for the owner to understand before they sign up for any EMP.”

“If you’re only going to fly the minimum or less, you’re going to be paying for ‘coverage’ on all of those hours even if you don’t utilize them,” he added. “The only other negative is that if you, whatever reason, terminate the program early, then you lose any money accrued in that account. Sometimes it can’t be avoided, but it’s a shame to lose that money.” 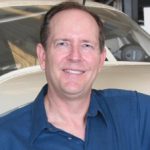 Dale Smith has been a commercial, private and business aviation marketing and media communications specialist for nearly 40 years. He is an award-wining aviation journalist and aviation artist. Dale has been a licensed pilot since 1974 and has flown more than 40 different types of aircraft. Contact Dale at dalesmith206@comcast.net.