What are the benefits of an Aircraft’s Oil Analysis? (S.O.A.P Tests)

Have you ever heard the term “Oil Analysis”? If so, do you have any idea as to what it means and why I’m asking you this question?

Oil analysis is a tool that should be used by your maintenance provider. In my personal experience on several occasions the use of oil analysis was instrumental in preventing the fleet of aircraft we maintained from having major engine failures. The reason I want to address this is the vast majority of the general aviation public has never heard of oil analysis or if they have, don’t understand this tool.

Oil analysis is not new; it’s been around for a long time. I first became acquainted with this when I was in the Air Force. We took a sample after each flight on our fighter aircraft to check our engines for any excess wear. This process came extremely late to General Aviation; but now is starting to be used more by General Aviation and is a major part of Piston Power Programs for your engines.  It is vital in helping us in determining the health of our engines.

Every time you do an oil change during the inspection on your aircraft; take a sample of the oil and send it to a lab for analysis. We have a partnership in this process with Blackstone Labs and when this sample is processed, and metal particles are found in the oil they are broken down and are listed in parts per million. This is based on the fact that all lubricated engines parts wear and deposit a certain amount of metallic particles in the oil. By analyzing the number of particles (parts per million, units of measurement) for each metal will help us determine the wear pattern for any particular engine. These samples are taken every 50 hours and over several inspections we will be able to build a trend line on your engine. This is a particularly important part of the process, wherein a sharp rise in any one metal will indicate abnormal engine wear and something is starting to fail.

During the analysis at the lab they are looking at eight different metals. So, if we see a rise or spike in a certain metal, we have a very good idea as to what part of the engine is wearing abnormally and could fail. Remember that several samples must be taken to determine the normal wear characteristics of that engine. A point that I also want to make, is new engines will show higher than normal wear patterns and then decrease over time as the engine “breaks-in”.

The last part of the oil analysis program we use is the oil filter inspection. At each oil change when the oil filter is removed; the filter can is cut open and the filter element is removed, and the paper element spread out to look for metal partials caught by the filter. We know that at each inspection we can see a few items. But were looking for larger amounts and if this happens, we will then determine if it is ferrous or non-ferrous (magnetic or non-magnetic). This will tell us if it is an iron/steel or aluminum particle. which will alert us as to what could be breaking down and wearing.

With the combination of these two procedures we can see abnormal wear, investigate to determine what’s wearing and do the appropriate corrective action to correct the problem, before we have a major failure. Below is a sample of an actual oil analysis report.

Jack Haun has been involved in aviation maintenance as a Jet Engine Technician a then was commissioned as an Aircraft Avionics & Maintenance Officer in the Air Force and Air National Guard, Retired after 22 plus years. He has worked as Aircraft & Avionics Technician, then General Manager of an FBO. For the past 33 years he has been employed at Embry-Riddle Aeronautical as Manager of simulator maintenance, Manager of Flight Operations with the last 22 years as Director of Aircraft Maintenance and Repair Station Manager. Jack has a vast ranger of experience from Airlines, Corporate jets to an extensive range of experience maintaining a broad range of GA aircraft and engines. Jack holds Airframe and Powerplant license, and IA certificate. College University of Alabama, Embry-Riddle Aeronautical. Academy of Military Science.

Jack is currently the Director of Global Fleet Management for PistonPower. If you have questions or comments, please feel free to contact him at jh@pistonpower.com

The above article is intended to provide an explanation and augment in pilots or technicians language, topics to introduce aircraft owners and operators with supplemental information for     our VREF subscribers. It is intended as guide. Contact your nearest FAA Flight Standards District Office (FSDO) or FAA.gov for additional information.  The data/information is obtained from numerous FAA and other industry sources. It is edited and believed to be accurate. VREF does not warrant the accuracy or the source material and assumes no responsibility to any person in connection with the use of this VREF article. Permission to reprint this article is granted, so far as the context of the information remains intact and appropriate credit is given to VREF Publishing. 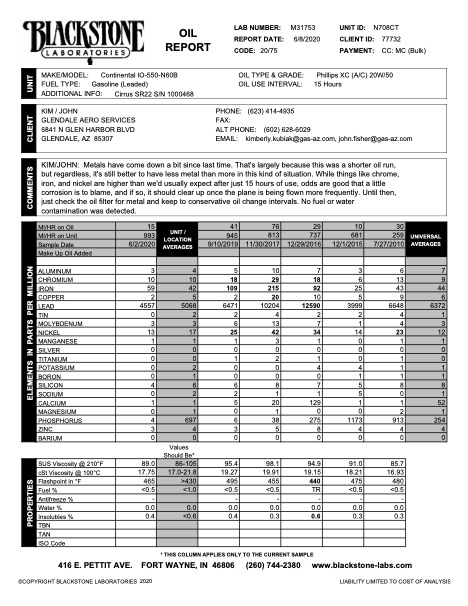